Benefit dinner for Dude (Richard Kunz) to help him pay for bills and a prosthetic leg until he can get around again. Which could take up to 9 months. Dude has had a bad foot for awhile now and just recently we had to take him to the hospital because he was really sick and getting worse every hour. We found out he had a bad infection throughout his entire body that could take his life. His foot was red and swollen and getting bigger. They ran some tests and did an mri and found out that the infection and bacteria was stemming from the bones of his foot. They said they had to either remove the bones in his foot and he would never walk again or amputate below the knee, get a prosthetic leg and be able to have a normal life. He choose the amputation so he could live a better life. They said he needed to have it amputated within the hour to save his life. He has been getting better everyday. He was moved to a rehabilitation center to do physical therapy to help him get stronger and to learn how to get around until he can get a prosthetic leg. He has shocked the doctors and nurses with his determination and persistence to get better. Dude loves everyone and has gone out of his way to help everyone he has ever met. He is a great man and he could use the help now. Thank you to everyone for your love and prayers though this difficult time, our dad will not let this bring him down so let’s help him so he doesn’t have worry about bills while he is trying to get better. Thank you 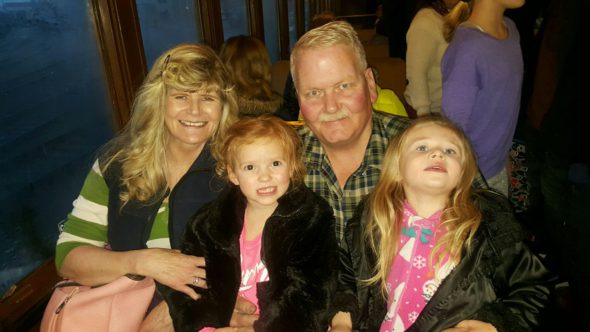 It’s that time of year! The Children and the Earth giving trees are up and ready to go. See locations below and stop by and grab some ornaments. We have around 300 kids that need Christmas this year. Let’s do …read more

It’s that time again to join us for the Children and the Earth’s Annual Spooktacular event. Doing what we do best by raising money for our families in need. While playing in the casino, dancing …read more

The Best 5k, Motorcycle Rally, UTV street legal ride of the year all rolled into one big exciting day!!!!
Scheduled for May 13-14, 2022 at The South Jordan Equestrian Park . …read more